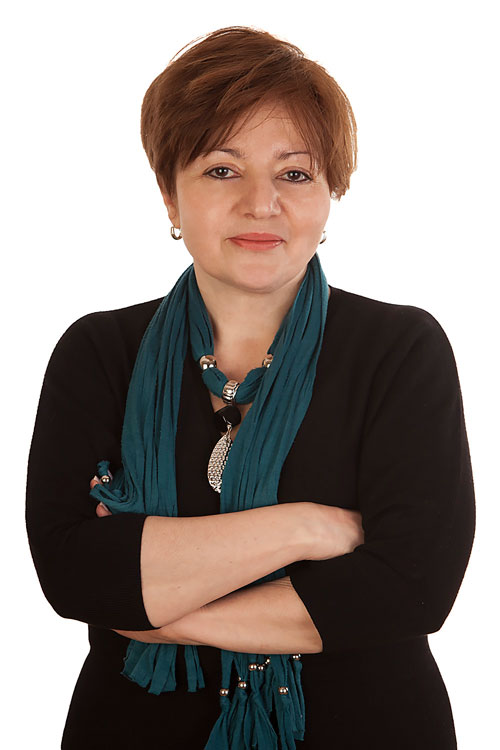 In 1986 he graduated from Tbilisi state pedagogical Institute. A. S. Pushkin (faculty of psychology)

Worked in the newspaper "Zarya Vostoka"

co-author of a translation of the play by G. Ter-Aleksanyan "a pilgrimage to the Church of St. Gevorg in Teleti or pictures of the Armenian women of Tbilisi"

the author of the scenario Show program "And the ark rested..."

Co-author, preparing for the staging of the play "Parandzem is the Queen of the Armenian"

In 2002, he founded "the Moscow Armenian Theatre" and theatre Studio "I" to them. Lazarev.

2005, the one-man show Jean Cocteau "the human Voice" (psychological drama based on the eponymous play by Jean Cocteau)

2005, the Play "Hey,somebody!..." ( psychological drama based on the eponymous play by William Saroyan);

2006 Performance of "Wai, Wai, or voyage ... in Armenian!" (musical commotion on the verge of a nervous breakdown on the play by G. Ter-Aleksanyan "a Pilgrimage to Surb Gevorg in Teleti or pictures of the Armenian women of Tbilisi";

2008 Performance - event "the Court is ..." (a documentary drama based on the play by P. Zeytuntsyan "Stand up! The court is coming!" with the participation of people's artists and honored artists of Russia, Armenia, as well as actors from Syria and Georgia.

the Diploma of the Ministry of Culture of the Republic of Armenia "For contribution to the development and strengthening of Armenian-Russian relations";